One Hit Kill is the fast-moving card game in which players race to construct weapons that can knock out their opponents in a single blow. (A One Hit Kill.)

It draws from traditional card games like gin and poker, along with European-style games like Catan and Ticket to Ride. We classify it as mid-Atlantic.

One Hit Kill is easy to learn: no hit points, no mana, no need to consult the rulebook. Its simple rules allow for surprisingly complex strategy. We've playtested it with ages 8 to 78. Everyone quickly gets it, experienced gamers and newbies alike.

The game was created by John August and the team that brought you Writer Emergency Pack, with illustrations by amazing artists who've worked on top fantasy games.

One Hit Kill was funded on Kickstarter by 1961 awesome backers. 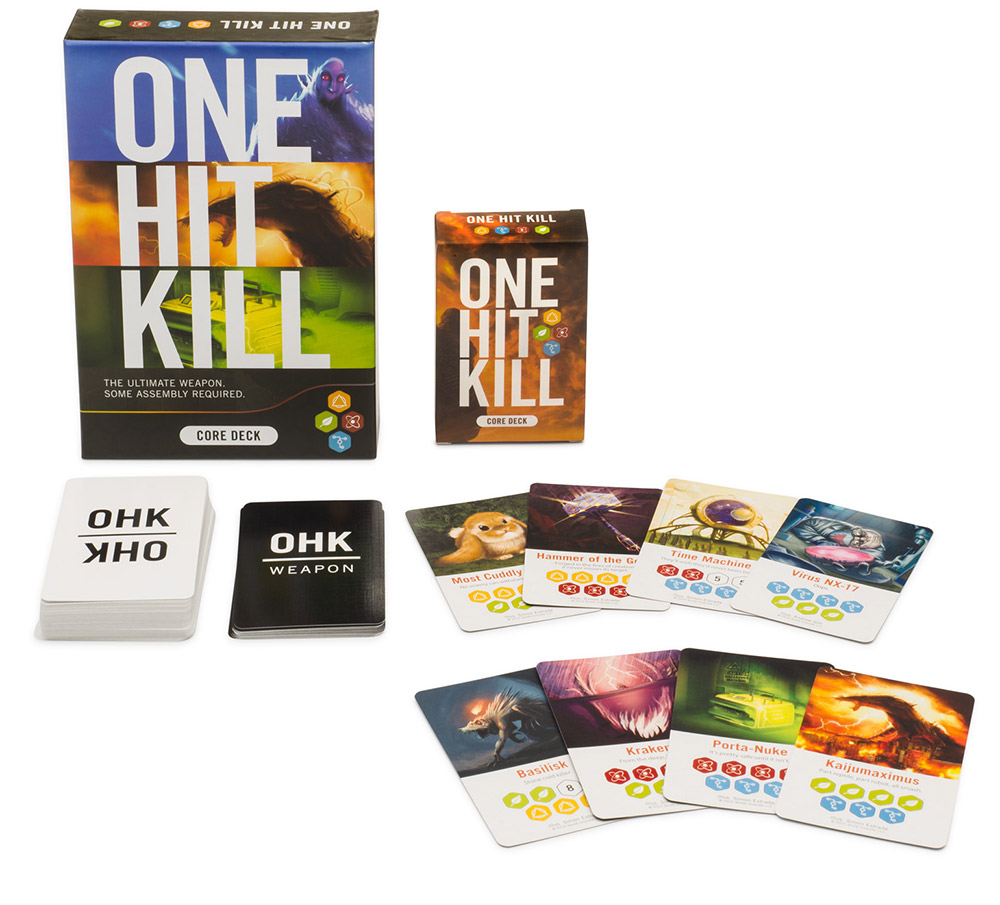 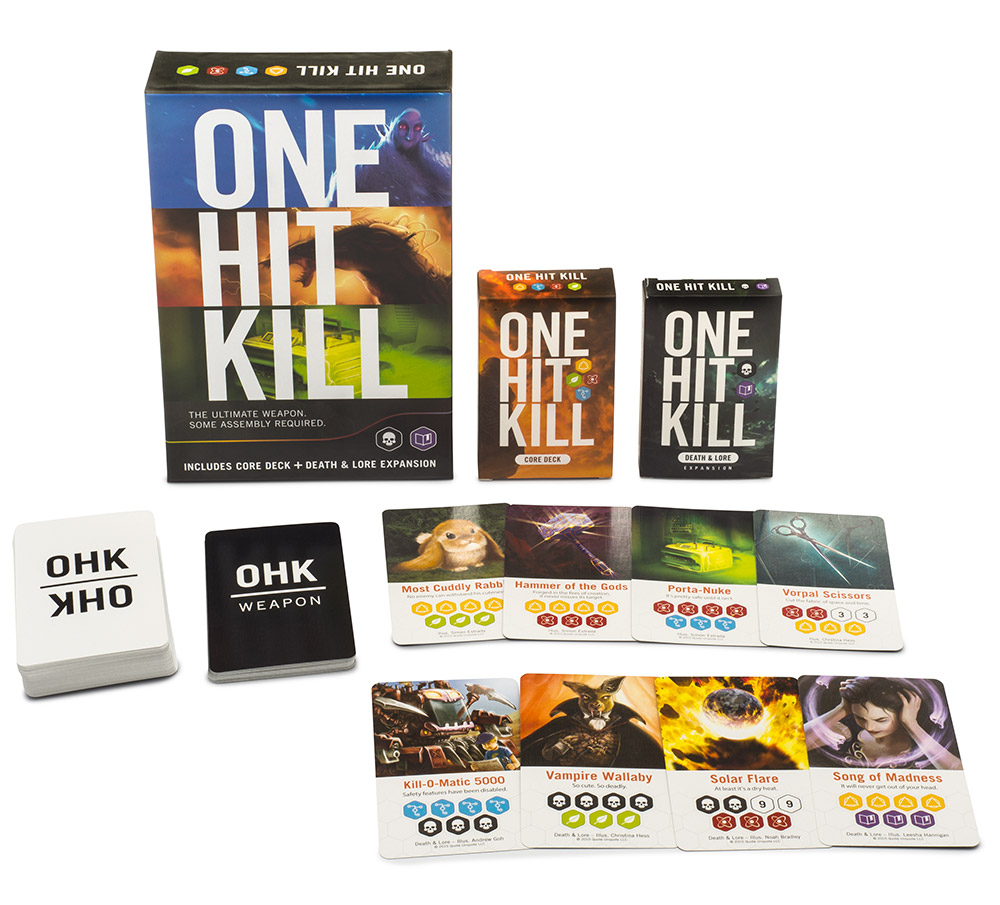 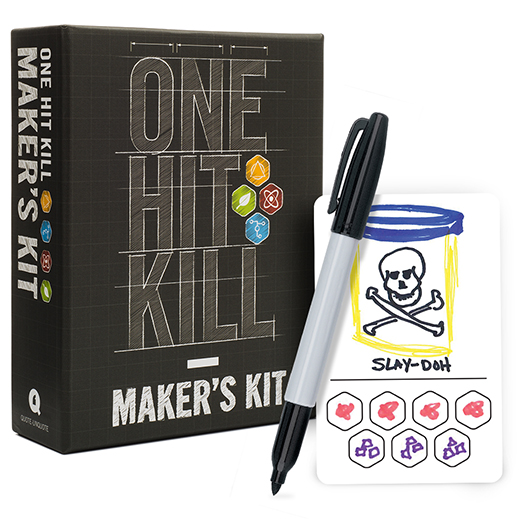 Customize One Hit Kill with your own Weapons, Components and Specials.

Includes 100 black Weapon cards and 100 white Component/Special cards, designed to mix in perfectly with the official One Hit Kill game (not included).

"If you enjoy casual card games, like a little bit of risk with your reward, and can keep a straight face when someone slaps down a cute bunny Weapon card yelling, 'FEAR MY WRATH!', then this is the game for you." — Father Geek 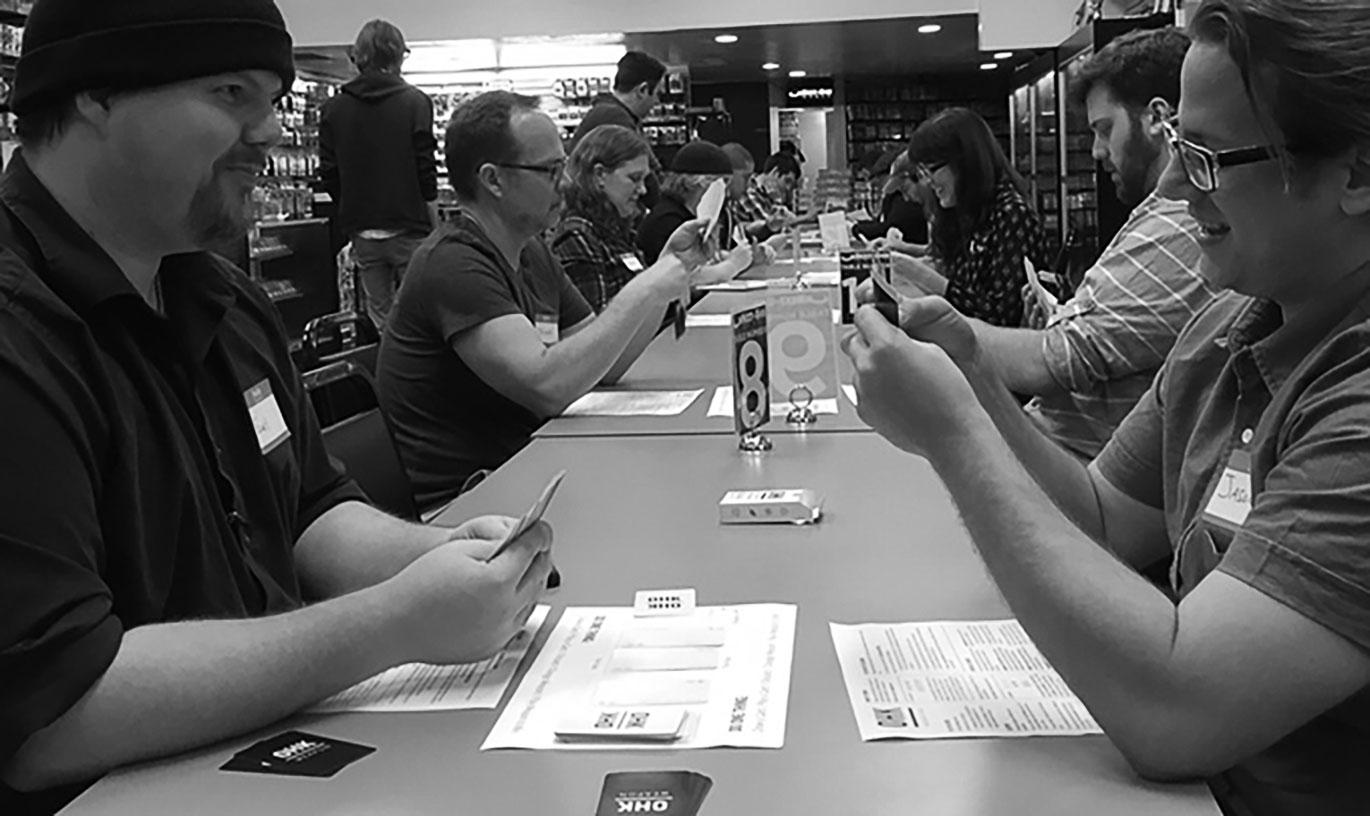 We recruited 30 players of all levels to try out an early build. Here's what they wrote afterwards: 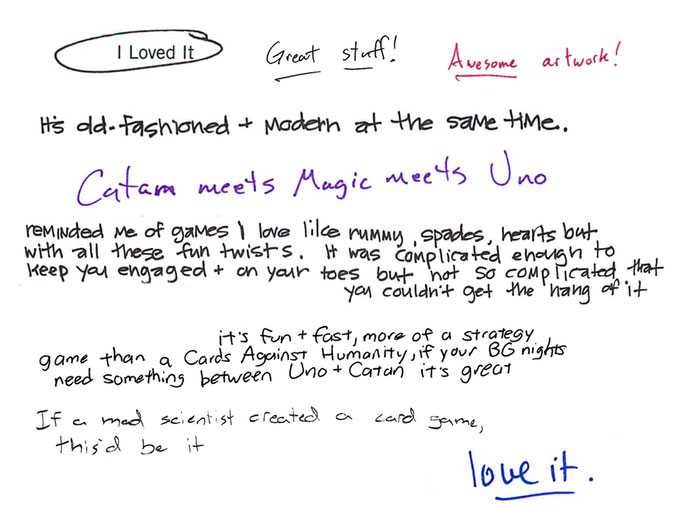 John August came up with the game and the rules. (His daughter came up with the name.) He's written seven movies including Big Fish, Charlie and the Chocolate Factory and Frankenweenie. He's the co-host of the Scriptnotes podcast, creator of Writer Emergency Pack, and surprisingly good at Labyrinthspiel.

Dustin Bocks illustrated all of the Component cards, and created the class icons. He knows an astonishing amount about the Harry Potter universe.

Noah Bradley is well-known for his illustrations for Magic: The Gathering and many other fantasy games. You can find information about his upcoming project The Sin of Man on his website, along with articles and videos for aspiring artists.

Matthew Chilelli composed the amazing music for our video. He has punched fewer than two grizzly bears.

Simon Estrada is an illustrator and character designer who has worked on projects for Hasbro, Saban and The Jim Henson company. For us, he designed the Scriptnotes tour shirt and a yet-to-be-released animated short. You can find his portfolio at his site.

Stuart Friedel is a master playtester and shipping ninja. His father, Lee, is a dentist.

Andrew Goh is a character animator and digital artist. You can see examples of his work on his site.

Leesha Hannigan is a freelance illustrator and concept artist, with a personal focus on creature illustration. You can find her gallery at leeshahannigan.com.

Christina Hess works as an illustrator and designer in the publishing industry. Her successful Kickstarter project Animals from History is a collection of stories that spin over twenty historically-charged fictional tales. You can see more of her artwork on her site.

Ryan Nelson designed Writer Emergency Pack and the Weapon cards for OHK. He helped create our Highland and Weekend Read apps, and develops videogames on his own. He is a cool breeze in July.